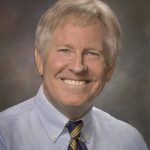 With a title like this you might be thinking that this blog post could be about the Annual Miles for Mutts Motorcycle Ride that takes place in Burlington, North Carolina at Lucky’s Saloon to benefit the Humane Society of Alamance County, North Carolina, and pet rescues such as the Biscuit Foundation in Burlington, North Carolina. It is not, but please put the 12th Annual Miles for Mutts Motorcycle Ride down for April 18, 2020. Maybe you are thinking that this post is about dogs who hop on the back of their owner’s motorcycle. It is not, but I urge you to check out the Facebook pages of “Charlie A Biker Dog” as well as his owner Butch Ewing. They both do a lot of great things for the North Carolina motorcycle community. I hope to devote one of my upcoming blog posts to them and Butch’s former dog, Chewy as well as the book about Chewy and Butch titled “Tongue in the Wind.”

When a Dog Causes a Motorcycle Accident

For this “Motorcyclist and Dogs” post, I want to talk about what happens when a motorcyclist wrecks his motorcycle because of a dog. The dog either crashes into the motorcycle or causes the motorcyclist to swerve and lose control. Actually, over the years I have represented a number of motorcyclists that have been injured because a dog runs out into the road. If it were a car instead of a dog that caused the motorcycle wreck then the motorcyclist makes claims against the insurance company of the driver at fault for medical bills, lost earnings, pain and suffering as well as payment for the repairs or total loss of the motorcycle.

But, what does a motorcyclist do when it’s the dog’s fault. First I identify the dog and the owner of the dog. Next I look at the city and county ordinances/animal control laws that apply to the location where the incident occurred. We are looking for ordinances/laws that the owner may have violated and therefore may be legally liable to the injured motorcyclist. The wording of any ordinance/law is critically important in terms of being able to hold the dog owner liable for their dog running into the road. For example, the City of Raleigh Ordinance regarding dogs off of an owner’s property (i.e. running into the road) says the following:

It shall be unlawful for the owner of any domesticated animal to allow such animal to be at-large within the corporate limits of the City or on any City property .

These type of ordinances are often referred to as “leash laws.” So, if a dog within the city of Raleigh runs out into the road and causes a motorcyclist to crash then that dog owner is legally liable. You might wonder what happens if a City of Raleigh dog owner keeps their dog in the back yard in a fence but the dog digs under the fence or jumps over the fence – is that owner still responsible? The answer is yes, that dog owner is responsible for a dog running into the road because that dog is off the owner’s premises and was not under sufficient physical restraint such as a leash. Not all ordinances are as strict as Raleigh, so it is vitally important to look at the exact wording of an ordinance/law as it applies to the facts in a particular case.

What is the law of North Carolina if the dog lives in a city/county with no “leash law?” In that situation the motorcyclist has to be able to prove that the past behaviors of the dog would be considered dangerous, vicious, mischievous, or ferocious and therefore should have been restrained. What if a dog has run out into the road on previous occasions, does that deem such dog as being “dangerous?” In North Carolina the answer is no. North Carolina is looking at the dangerous propensities of a dog in terms of how it interacts with a person versus whether it had previously run out into the road.

Once you are able to hold a dog owner liable for running into the road and causing a motorcyclist to crash, there is still the issue of who does the motorcyclists look to get reimbursed for their personal injury claim and their property damage claim. We first look to see if the dog owner is covered by any homeowner’s insurance or renter’s insurance. If the dog owner is renting a property we also look into whether the landlord has any legal responsibility for the actions of the dog.

If you have been injured as a result of a dog running out into the road please call me at 919-942-1181, e-mail me at garyrpoole@mindspring.com or complete our online contact form to schedule a free, no-obligation consultation.