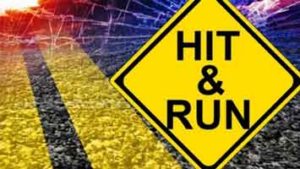 – You (person named on the policy’s Declaration Page) and that person’s spouse if a resident of the same household.
– Family member (person related to “you” by blood, marriage or adoption who is a resident of your household, including a ward or foster child)
– Any person occupying the motor vehicle insured under your policy
– Any other person occupying any other motor vehicle operated by you

There may be some reasons that an individual who meets the definitions above is still not able to make an uninsured claim. For that reason, it is very important to have a lawyer review the circumstances of your hit-and-run accident to determine if you are able to make a claim.

If you are considered an “insured” under a motor vehicle insurance policy, the next requirement is that you have been involved in an accident in which the other driver is at-fault and they are driving an uninsured motor vehicle. There are several reasons why a vehicle would be considered uninsured. One reason is that the person responsible for the accident is identified but they simply have no insurance on the vehicle that was involved in your accident and/or the driver of that vehicle has no insurance. Why would there be no insurance on the vehicle? It could be that the policy lapsed because the driver either forgot to pay, stopped paying on purpose or never had insurance to begin with.

Hit-and-Run Vehicle is an Uninsured Vehicle

Another reason is a hit-and-run whereby the driver responsible for the collision leaves the scene and there is an actual collision between motor vehicles. The “collision between motor vehicles” is mandatory in order to make an uninsured motorist claim arising out of a hit-and-run accident. This collision requirement is satisfied when there is a direct collision between a vehicle and the vehicle that left the scene of the collision. This requirement can also be satisfied when there is an indirect collision between the hit-and-run vehicle and a vehicle. For example, the hit-and-run vehicle collides with a second vehicle, causing the second vehicle to collide with your vehicle. There are also some other variations of this rule for which there would be too many to go into at this time. You might ask, why is the collision between the vehicles a requirement. This requirement is to discourage the assertion of fraudulent claims by persons injured in one car accidents caused solely by their own fault. In other words, there is a concern that an individual is responsible for their own accident (i.e. they run off the road to the right and go down an embankment or hit a tree) and they claim that they had to swerve off the road to the right or they would hit a vehicle that had crossed over the center line into their lane of travel. I have received numerous calls over the year from individuals involved in a motor vehicle accident where there has been no “collision” between the vehicles but there are independent witnesses who indicate that the driver who left the scene was at fault. Unfortunately, even if there are a hundred witnesses that point the finger at the driver who left the scene, if there is no collision between motor vehicles and the driver leaving the scene cannot be identified, you cannot make claims under your uninsured motorist coverage.

So, if you are involved in a hit-and-run accident through no fault of your own, what types of personal injury damages can you seek compensation for? If you were injured in the hit-and-run accident and the person cannot be found, you can seek compensation for the same type of personal injury damages that you have against the hit-and-run driver if they were ever located, and those would be medical expenses, lost wages, pain and suffering and any permanent injury. It is as if your own insurance company takes the place of the insurance company of the driver who caused your accident but left the scene. You have to remember, however, that the amount of payment for personal injury damages is capped by the amount of uninsured motorist coverage that you have purchased. For example, if you have purchased only $30,000.00 of uninsured motorist coverage (the minimum amount in North Carolina), it doesn’t matter how bad you have been hurt or the amount of your medical expenses or lost wages, your claim is capped at $30,000.00. So, I urge everyone out there to make sure that they have adequate uninsured motorist bodily injury coverage (and also underinsured motorist coverage) under their motor vehicle policy. When I speak to motorcycle groups about uninsured motorist coverage and underinsured motorist coverage, I tell them that you have to insure yourself and assume that everybody out there on the road has no insurance or very little insurance. I really want to make sure that all those individuals who ride motorcycles, scooters and bicycles be especially mindful of the amount of uninsured (and underinsured) coverage under their motor vehicle policy because the fact of the matter is that you are more prone to serious injury if you are involved in a collision.

What about making a claim for any damage to your motorcycle, car, truck, scooter or bicycle. Unfortunately, in a hit-and-run situation when the other driver cannot be found, the standard North Carolina motor vehicle insurance policy does not allow you to make a claim for any property damage. You have to rely on making a claim through your own collision coverage, if you have that type of coverage. If you have no collision coverage then there is no insurance coverage that will pay for the total loss or repair of your vehicle. Now, if you can identify the uninsured driver, then you can make property claims under your uninsured coverage.

A bicyclist or a pedestrian can make uninsured claims if they are involved with a hit-and-run vehicle and the contact requirement discussed above is met. I have run across a number of people who did not realize this because they thought that their motor vehicle policy only applied if they were in or on a motorized vehicle.